The Ascension: all earthly inhabitants will ascend to a higher level of consciousness towards their true soul's journey, leaving their egos behind. They will illuminate the light of unconditional love, peace, joy, harmony and oneness with each other and Mother Earth.

"Dance with the Rainbow Warriors, with their hearts in the clouds and their feet on the ground, the Believers, the Dreamers, the Healers, the Cheerful and the Earth Carers. Let their spirit ignite the fire within You to make this world better that the way you find it." 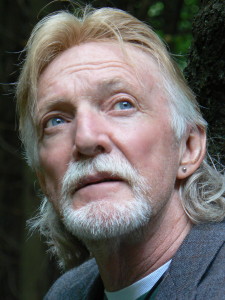 Anthony Barr:  Founder of Sacred Sevens, a spiritual teacher, a geomancer, a healer, a joyful ceremonialist and a gifted flute player who aids in the connection of the soul and the Spirit. He calls on his spiritual teachings to perform centuries-old ceremonies, and has conducted over 300 of them so far.

In 2009 Anthony realized through divine guidance that his ceremonies created vortices. Guided to take this gift, Anthony embarked on many journeys over the next 7 years following his intuition, serendipitous interventions and angelic energies. In 2014 Anthony realized that subsequent to performing 3 ceremonies in Poland, including the Auschwitz Memorial Museum, that these 3 sites, when connected with 7 other sites of previous ceremonies, created a straight line. When continued, this line created a circle around the planet.

The video below, “Ley Lines & Vortices Creation Myth”, shows this connection. It also explains the energy work at the Arctic Circle and a line continuing around the planet at 20.6764 degrees N latitude that runs through several sites.

Anthony believes that this energy grid work is in support of all the ancient prophecies calling for a New Earth. In 2000 BC, the planet’s population was only 27 million people as compared to today’s 7 billion plus. The ancient energy grid does not support the presently much denser population of the planet. Hence, energetic “acupuncture” of the planet is needed. The process must be divinely guided and energy delivered to places where the healing is needed most.

Join Sacred Sevens and many other groups whose sole purpose is to support this planetary transition and the people involved in making this happen.

Sacred Sevens is presently embarking on a video series called “The Ascension”. Follow us on this journey as we hope to inspire people of all religious and spiritual beliefs to join together in a common goal, “A PLANET OF LOVE AND PEACE, A PLANET WHERE MOTHER EARTH IS NURTURED BY ALL OF US.”

Teressa Joubert: “You have a divine, loving, warrior energy in your soul that is rooted deeply within this earth, and well connected to cosmic energies. The music you play, instantly harmonizes energies and lifts the vibration.”

Janice Anderson: “The frequency and vibration of those beautiful flutes and the amazing man who plays them… I truly have no words. The sound moves through your body’s energetic field and taps into all layers of your aura: the etheric layer, emotional layer, spiritual and physical layer, etc. Healing just happens.”

For all videos, you can visit our You Tube channel Sacred Sevens YouTube

Ancient prophecy, passed on by the Cree, the Hopi, the Cherokee & many others, refers to the keepers of the legends & rituals that will be needed when the time comes to restore the health on Earth. It is believed that these "Warriors of the Rainbow" will return on a day of awakening, when all people will unite and create a new world of justice, peace and freedom. They will "reteach the values and the knowledge that has been lost in time, demonstrating how to have wisdom and extra-perception, and how unity, harmony and love is the only way forward".

The Sacred Fire will again be lit. "It is at this time that the Light Skinned race will be given a choice between two roads. If they choose the right road, then the Seventh Fire will light the Eighth and final Fire, an eternal Fire of peace, love, brotherhood & sisterhood".
Animals are such agreeable friends - they ask no questions; they pass no criticisms.
George Eliot